In September of 2008 America fell into its worst recession in 79 years. 8 million people lost their jobs, the national debt rose to a staggering 103% of total GDP, and the Federal Reserve issued $85 billion in secured credit to AIG, making it the largest private bailout in history.

Exactly one year later, fast-food entrepreneur Abel Gonzales invents deep fried butter. Since then, the unemployment rate has dropped by 4%, houses have regained a median 17% of lost value, and AIG has fully repaid their debt with an additional $22 billion in profit. I don’t believe in coincidences.

In August of 2006 fried Coca-Cola made its debut at the Texas State fair. 3 months later Saddam Hussein was tried and convicted for war crimes and the retaliation murders of 148 Iraqi Shiites. I can’t make this shit up.

In the Summer of 2010 Chicken Charlie’s unleashed the the boss of all fried foods at the OC Fairgrounds: deep fried chocolate covered bacon on a stick. 126 days later, the Tunisian people overthrow autocratic leader Ben Ali, initiating the Arab Spring which led to the deposition of dictators in Egypt, Libya, and Yemen, with major civil uprisings in Bahrain and Syria.

Deep fried chocolate covered bacon led to the largest wave of democratization the world has ever seen, and I can prove it. All of my walls are covered in newspaper clippings that connect major world events with state fair foods, and I’ve found an algorithm that can predict future cause/effect relationships. That’s not true, I don’t know what an algorithm is. But, I did figure this out.

When you map out the locations of the highest rated state fairs on Yelp and connect the dots in odd intervals it looks like a star.

The Latin word for star is astrum.

What do you put mustard on?

Where do they sell corn dogs?

I’m not saying that the Spicy Tuna Corn Dog is guaranteed to bring about any sort of major social change, I mean there’s like an 85-90% chance, tops, but I don’t see you guys trying anything better, dammit.

Except for those of you who are big into social activism, you guys just keep doin’ what you’re doin’. 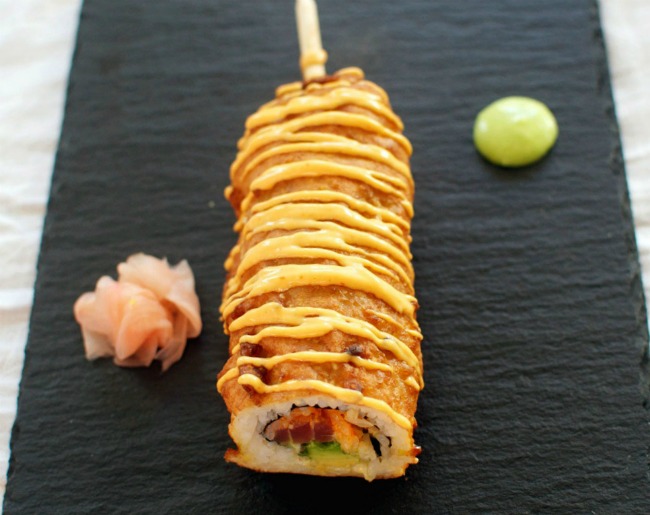 2) Whisk the eggs, milk, and sriracha in a separate bowl, then carefully but aggressively whisk the wet ingredients into the dry ingredients.

4) Take your uncut spicy tuna roll and jam it on some sort of stick. Dunk the sushi-on-a-stick into the batter, making sure to coat evenly, then drop in your 375 degree oil for 2 or 3 minutes just until the batter is cooked, but the sushi is still delightfully raw.

5) Slather it in spicy kewpie mayo and serve with wasabi and pickled ginger.

If you’re looking for a healthy, low-carb option, try subbing out sushi grade ahi for that spicy tuna roll! 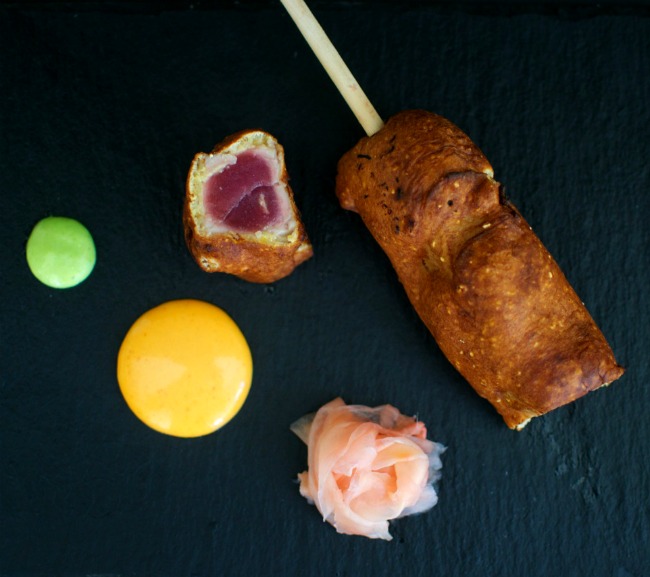 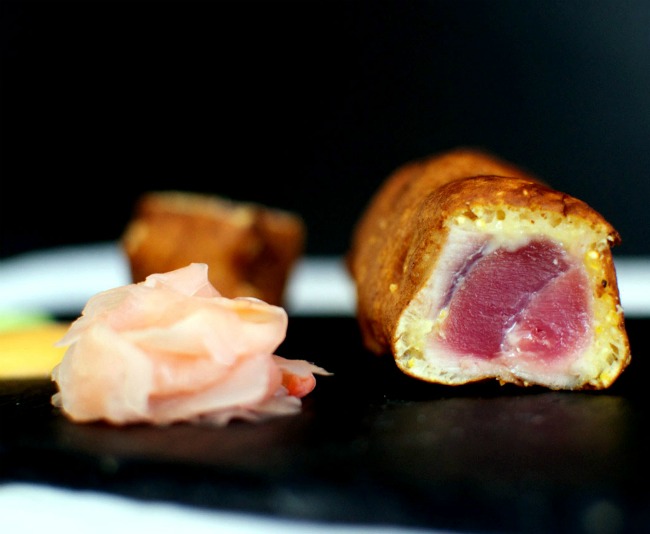 12 Best Sriracha Substitutes You Should Know About!

6 Cayenne Pepper Substitutes You Should Try

How To Substitute Buttermilk

13 Heavy Cream Substitutes You Should Know!