No two cultures in the world share more similarities than the Japanese and the French-Canadians.

Both cultures have been relatively isolationist throughout their histories and both adopted a flower as their national symbol — the cherry blossom and fleur-de-lys respectively.

Both played a prominent role in World War II, except for the French-Canadians, they pretty much stayed home on that one. Both cultures drink beer, except for when they drink other things. Both of them have Pizza Huts now, that’s pretty exciting, who doesn’t like Pizza Hut, right? 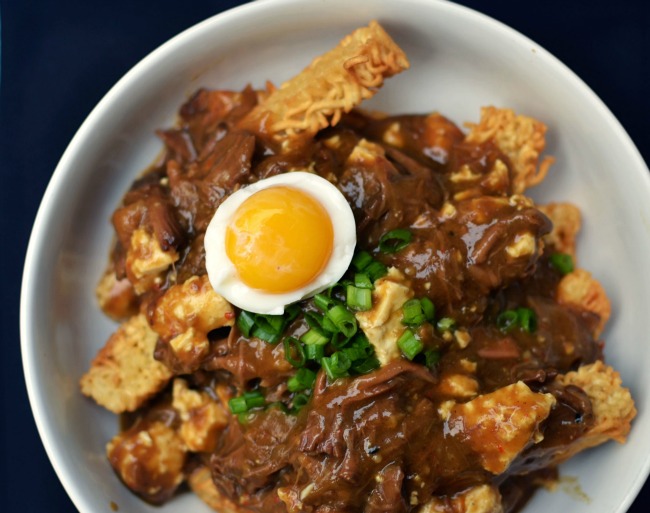 (You know what’s fucking frightening? In 5 months I’ll have a degree that ends in “… with an emphasis in International Relations.” A team of highly esteemed, accomplished, debonair-ass academics decided that I’ve achieved enough to be considered an expert in Political Science.

That’s fucking insane. I don’t even know who the current Secretary of State is. It could literally be anyone. Condoleeza Rice? That’s a person, right? Is Dan Quayle still doing things?)

Anyways, back to the growing political tensions between French-Canada and Japan, or whatever I was talking about, I don’t know.

I was inspired by The Vulgar Chef’s Poutine Sushi and especially Thrillist’s use of the phrase Canadian-Japanese Diplomacy so I knew I had to fucks with some Japanese poutine too. But then I got to thinking, why stop there?

Why can’t we introduce some lesser-known cultures to the mainstream via fusion food? These are a few business plans for food carts I’d like to start before I die. If you know any venture capitalists — or have $800,000 to donate — let me know. 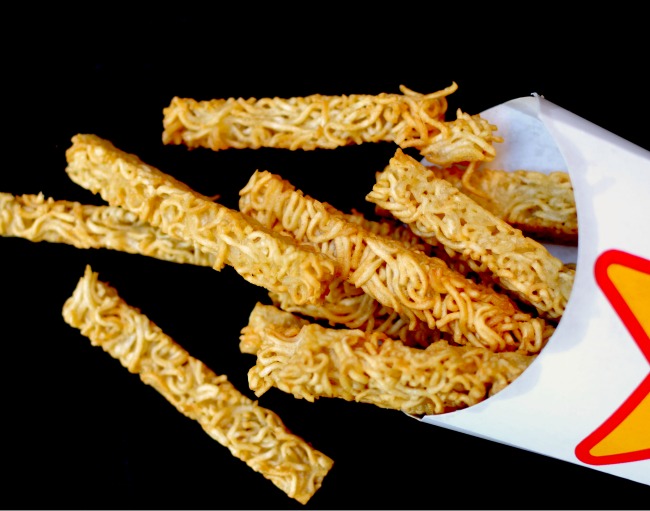 I know what you’re thinking, “Moroccans and Inuits hate each other, why would they all of a sudden want to work together?” Profit. It’s like that one song, “Cash rules everything around Marrakesh, C.R.E.A.M. get the money, dollar dollar bill y’all.”

There’s a fucking fortune to be made on this. The North Pole is a hot button topic right now with climate change debates, and hipsters have been gentrifying North African food for the better part of a decade. Make za’atar seal rinds and shit, sell ‘em for $8 a bag.

I can see how this might seem like a weird combo, but hold the fuck up, let me explain.

I understand that America is deeply entrenched in post-9/11 anti-Muslim sentiment as well as post 2014 World Cup anti-Belgian sentiment, but that’s what makes this such an ingenious idea: it’s an edible controversy. It’s edgy, and people love edginess almost as much as they love badenjan.

There’s a reason Appalachia bears the nickname “The Cambodia of America”. Both are filled with hard-working, blue collar folks, who just want to come home after a hard day’s work and start a peoples’ revolution to finally end years of martial law.

That’s it, really. Both cultures are really into foraging, which is super hot right now. If you can pair up with a local possum farm — grass-fed of course — I don’t see any reason that this can’t be the next Kogi truck. 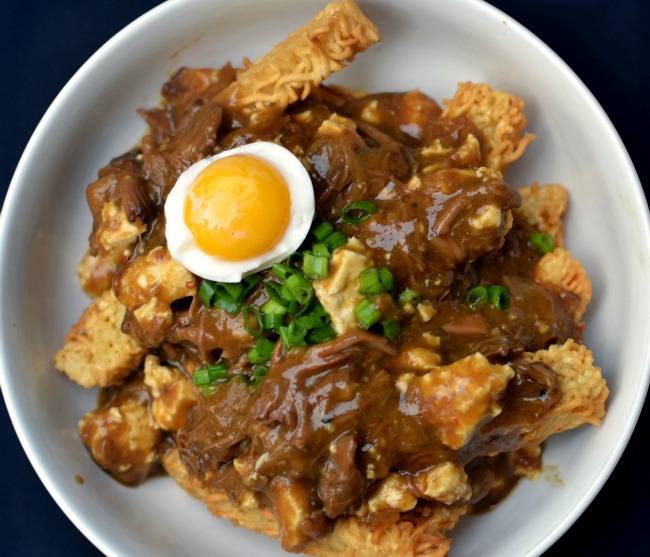 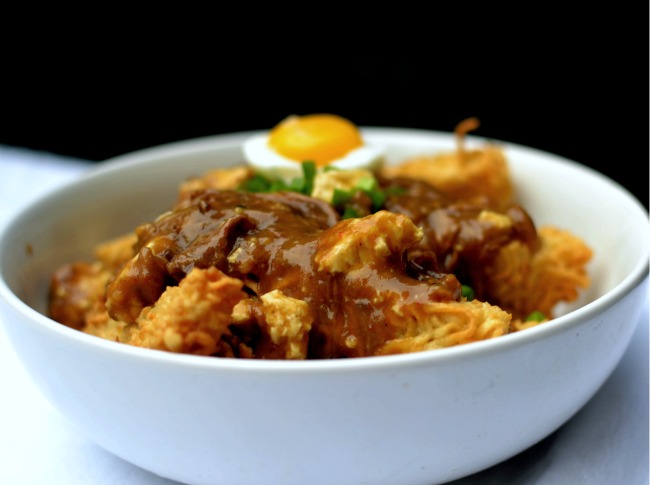 1) Cook ramen according to directions. If you’ve never cooked ramen before, get your ass back to whatever Siberian labor camp you grew up on, they’re probably worried about you, insofar as Siberians feel emotion.

2) After straining ramen in a colander, run cold water over it until noodles are cool.

3) Whisk eggs and seasoning packets together, and add in cold, strained ramen noodles. Massage the egg mixture in to evenly disperse.

4) Line an 8 in x 8 in baking sheet with plastic wrap, and dump your ramen egg mixture in. Mash the ramen into a tight, even layer and add another sheet of plastic wrap on top.

5) Put some books or something on top to weight it down, this part is critical, then throw it in the freezer for 2 hours.

6) Take the sheet of ramen out of the freezer, and dump it onto a cutting board.

7) You should have a semi-frozen ramen brick, and now you can start cutting it into fry shapes and dropping it into 375 degree oil for 2-3 minutes, or until pleasantly crispy. 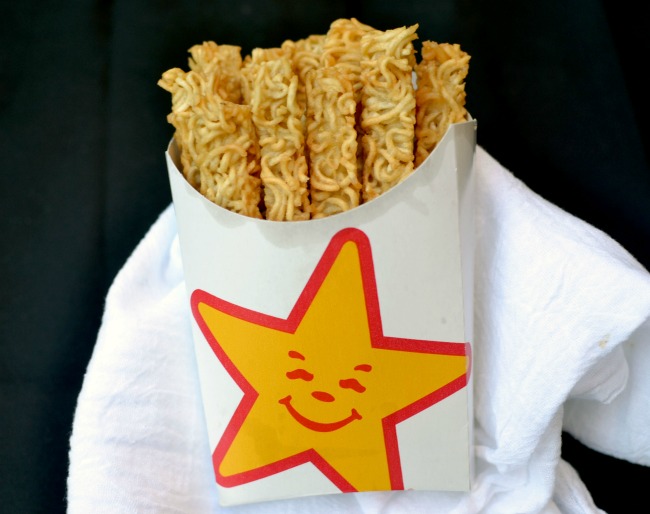 1) Preheat oven to 350 degrees. Heat 1 Tbsp of canola oil in a cast iron dutch oven on high heat and liberally salt and pepper your oxtails. When the oil moves freely across the pan, add your oxtails, making sure they don’t touch. Sear for 2 minutes on all sides, or until browned.

2) Add quartered and peeled onion, pour out the first sip of your beer for ODB, then dump the rest in the pot. Put a lid on that shit and throw it in the oven for 4 hours.

3) Remove your braise from the oven and set all your oxtail pieces aside. Strain the liquid through a fine mesh strainer and save in a bowl.

4) Heat 1 Tbsp of butter with 1 Tbsp of flour on medium heat in a large sauce pot and whisk vigorously. When the roux has turned a nice sandy brown color, add your strained braising liquid and miso paste. Break down your oxtail meat, and add it to the pot.

5) Let simmer on medium for 5 minutes and adjust seasoning and consistency with the appropriate amount of salt, pepper, and beef stock.

6) Suck that umami-laden shit through a bendy straw, you know you want to.

7) Throw all of it together with some cheese curds, soft boiled egg, scallions, and as much hot sauce as is proportional to your gender expression. 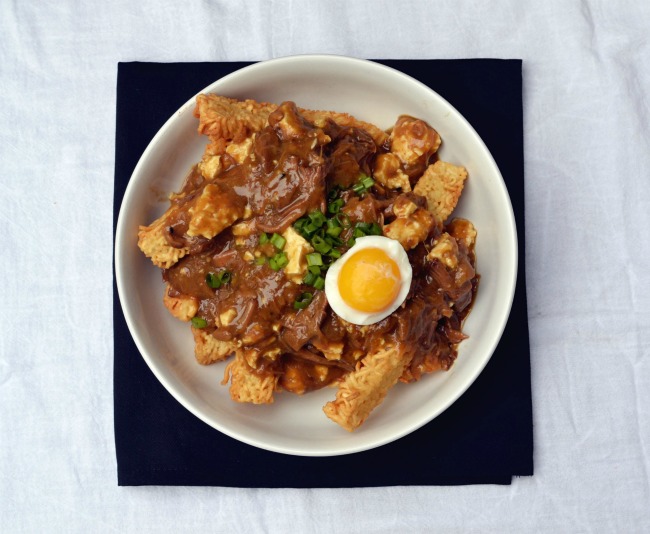