When someone hands you a plastic grocery bag, you never expect it to be filled with their own vomit.

It’s hard to tell when the night really started to spiral out of control. There was no singular moment that tipped the balance from “cheeky underage shenanigans” to “blood-stained mayhem”, but by some sort of shitfaced manifest destiny that’s where we ended up.

One minute you’re playing a leisurely game of rage cage, and the next you’re scrubbing Alysha’s blood off the tile and conducting makeshift field sobriety tests to decide who’s going to drive her to the hospital.

I think there was a collective sigh of relief when the cops showed up. We needed the closure. We needed to be told at gunpoint to shut it the fuck down. Happy birthday, Hannah Doan.

The sobering moment for me was being handed that bag of puke. Well I guess the real “sobering” moment was when I was bent over a toilet evacuating a carne asada breakfast burrito and the better part of a 30 rack, but the puke bag was a sort of symbolic turning point for me.

When party adrenaline officially turned into panic adrenaline. I had a weirdly lucid moment the dance floor where I saw a frame-by-frame panoramic view of the party: the beer pong table outside reduced to a pile of jagged plywood, the bathroom filled with six girls all fighting for puke space in different appliances, and the kitchen set up as a quarantine zone for those who were ousted from the bathroom but unable to hold down their Lunchables. 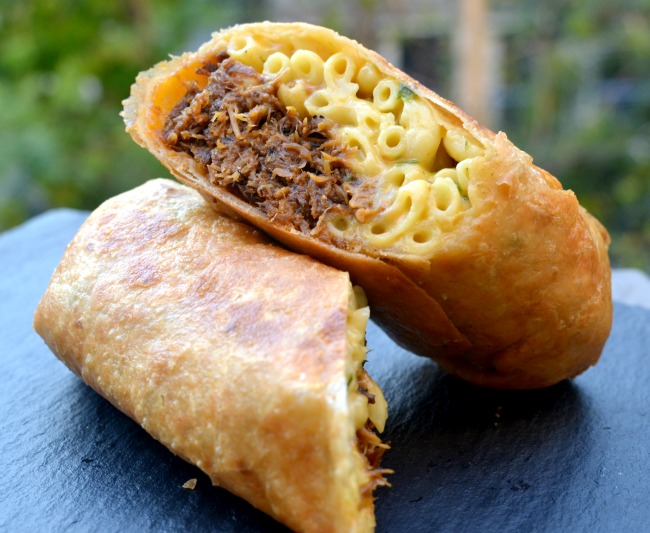 A funny thing happens when you combine vomit, linoleum floors, and stiletto-heeled sorority girls. It was like watching Weeble-Wobbles wobble, except when the girls fell down they didn’t get up so much as splash around wildly in a pool of their own filth.

They were all holding onto the counter to find balance while their heels skated freely across the floor, carving weirdly uniform figure eights through the puke river. The counter was sticky from beer which gave their hands a hopeful amount of traction; like gymnasts chalking up for the uneven bars, sorority girls were rubbing their hands down with resin bags of Keystone Light before latching onto the counter top.

Alysha was the first to go down. Her legs shot out from under her and she went face first into the counter, opening up a sizable gash on the side of her head. Her blood combined with the Keystone Light and started pooling on the counter top. Panic ensued. Sorority girls are used to vomit, but once they see blood they scatter real fast.

One by one each successive girl loosed her grip and slid lifelessly into the mixture of bodily fluids that had been pooling on the kitchen floor over the past three hours. It was like a synchronized swimming routine set to the tune of dubstep and dry heaves.

It’s a shame they don’t give out medals for this, I thought Tammy fucking nailed her dismount. 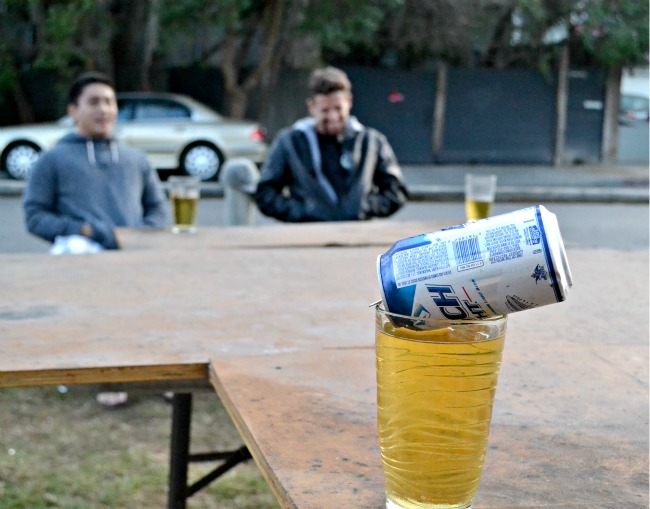 What was I doing during all of this? Abso-fucking-lutely nothing, I tend to freeze up in times of crisis. I’d be the dad who lets his toddler drown because he thought the kid was just looking for coins on the bottom of the pool for 20 straight minutes. But, like, what does “criminal negligence” even mean, you know?

Those are just words. While Emil was running into the chaos and pulling out hysterically crying, vomit covered girls one by one, I sat there staring, completely frozen.

Our eyes locked and he gave me the classic “get in there and do something you limp dicked fuck up” look, and my only response was to throw my arms straight out in front of me, flaccid hands dangling from limp wrists.

I don’t know what my gameplan was. Shit, I don’t even know what the gesture was supposed to mean or why I did it, that was just all I could muster at the time. A half-assed attempt to say, “hey man, I’m here for you, but I’m not actually going to do anything useful.” 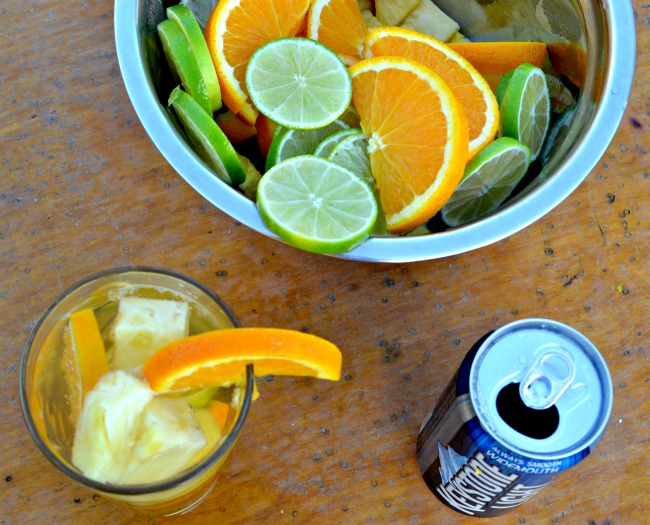 Someone’s arm shot out in front of my face holding a plastic grocery bag. I didn’t know what was in it, but their body language indicated that they wanted me to have it. I took this as an opportunity, keep my hands occupied so if anyone asks me to help I can say, “sorry man, can’t help, I’m pretty busy holding this bag.”

It had a certain weight to it, the plastic straps strained against my hands. The familiar aroma of parmesan rinds and white vinegar floated up and slapped me in the face; it was intense but not altogether unpleasant.

Still confused about the contents of the bag, I pressed the back of my hand against the sagging bottom. It was unexpectedly warm, bordering on hot.

As I pressed further the bag started to invert itself; its innards became its outtards and started pouring over my now outstretched arms. The texture was almost silken, like a perfectly constructed veloute – OH HOLY FUCKING SHIT THIS IS A GIANT BAG OF VOMIT. 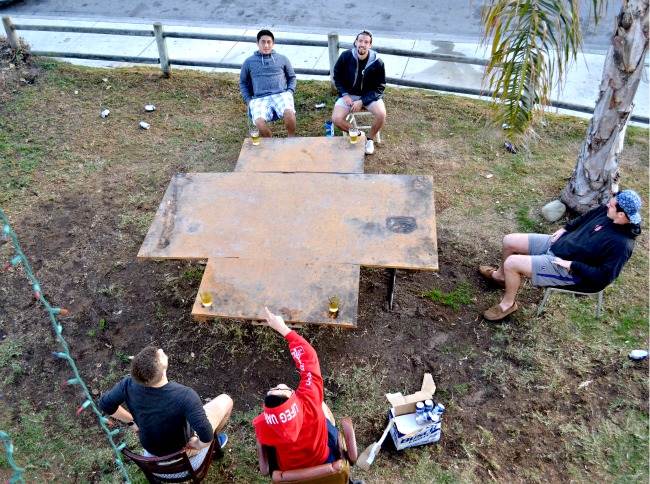 I just ran. I mean I dropped the bag and fucking bolted. I’m no stranger to being covered in other peoples’ puke so this was relatively familiar territory, but the whole backdrop of the scene finally got to me.

In this nightmarish landscape of crying, blood, vomit, and blunt force trauma injuries, the DJ played on, people were still trying to get their dick wet on the couch, and here I stood, slathered in vomit.

If Jesus really wanted to humble himself before his disciples, he should have skipped the foot washing on gone right to, “come my child, vomit your Jell-O shots into my outstretched arms.” I sprinted out the door and was met by flashing blue and red lights.

I don’t remember singing happy birthday to Hannah. I mean we probably did, that would make sense, but I can’t remember if it was before or after she careened through a sliding glass shower door.

It’s hard to believe that I’m going to miss her birthday party for the first time in four years. This was the biggest event of the year for me in Santa Barbara, Halloween and Deltopia be damned.

There was something magical about the ratio of athletes, sorority girls, and stoner punks that showed up year after year. In 2012 the party ended up with 6 dozen bananas mashed into the carpet and a few thousand dollars worth of electronics damage thanks to my ill-placed champagne shower.

In 2013 I punched a guy in the face for the first time. We all grew up a lot at those parties. Happy birthday Hannah Doan, sorry I couldn’t find a better picture. 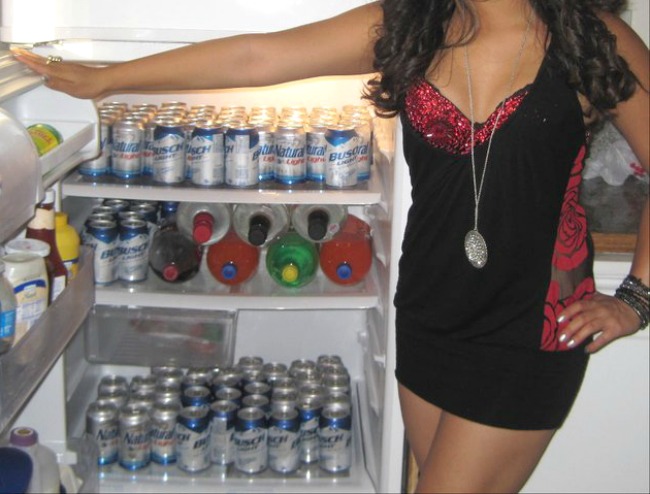 The day started out so much more innocently than the night finished. We were having the inaugural Hannah Doan birthday BBQ, complete with tri-tip, chicken, sausage, chorizo mac ‘n cheese that I tricked a vegan into eating, and a whole fuck-ton of what should have been sangria.

The person who was supposed to bring the bags of wine got her fake ID confiscated so we were stranded with about 6 lbs of cut up fruit. But we did have one thing, motherfucking Keystone Light.

We started mashing fruit into giant pitchers and pouring Keystone Lights over top by the dozen. We ran through two thirty racks worth of beergria at the BBQ, setting an appropriate tone for the night to come.

Like the Maccabees in the story of Chanukkah, a rag-tag group of youngsters were able to overcome a lack of resources to accomplish an incredibly important goal. Amen.

Some asshole once said, “Those who cannot learn from history are doomed to repeat it.” Four days ago I made a giant batch of beergria. Four days I ago I ended up bent over a toilet, throwing up my pulled pork and mac ‘n cheese chimichangas. Can’t teach an old bro new moderation.