I’m convinced most people who use the term foodporn have never actually seen pornography.

The term itself is most often attributed to feminist critic Rosalind Coward in her 1984 book “Female Desire”.

“That we should aspire to produce perfectly finished and presented food is a symbol of a willing and enjoyable participation in servicing others. 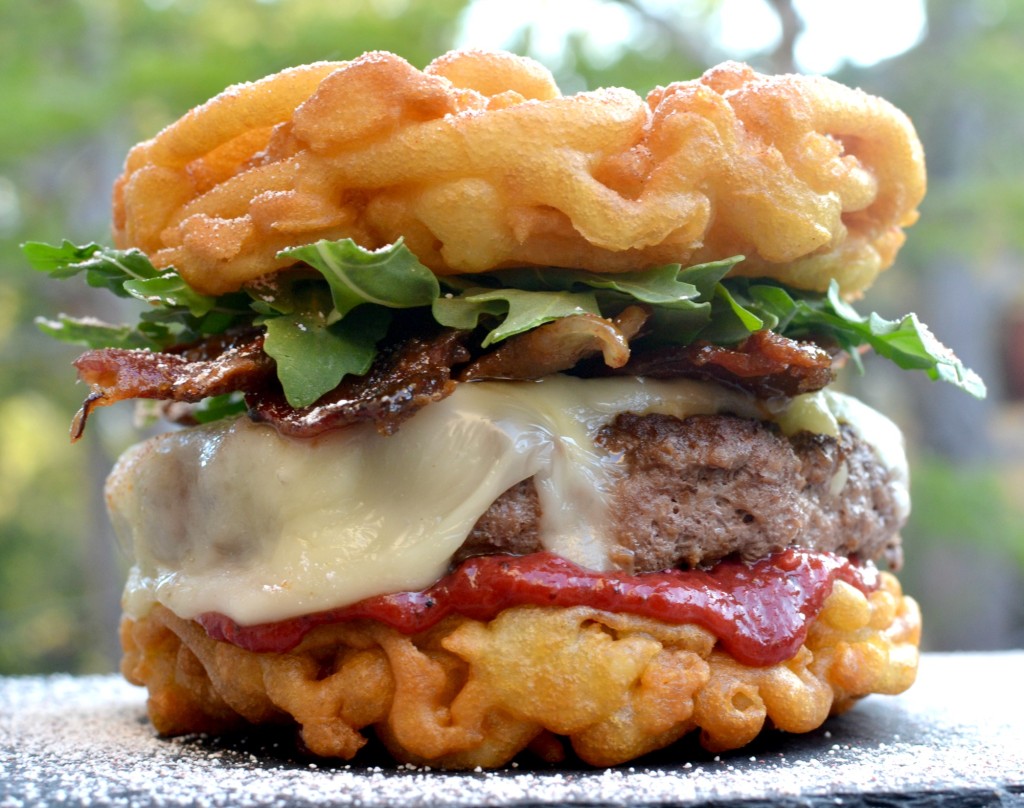 Food pornography exactly sustains these meanings relating to the preparation of food. The kinds of picture used always repress the process of production of a meal. They are always beautifully lit, often touched up.” (p. 103)

The anonymity of process is essential in maintaining the subject/object, voyeur/voyee relationship that pornography thrives on. It’s shot almost exclusively from the male gaze, the dominant, the sensualist, the hedonistic point of reference; the point from which we exclusively draw pleasure and eschew discomfort.

But it’s also a grotesquely selfish viewpoint, and you can never fully disassociate from that reality. 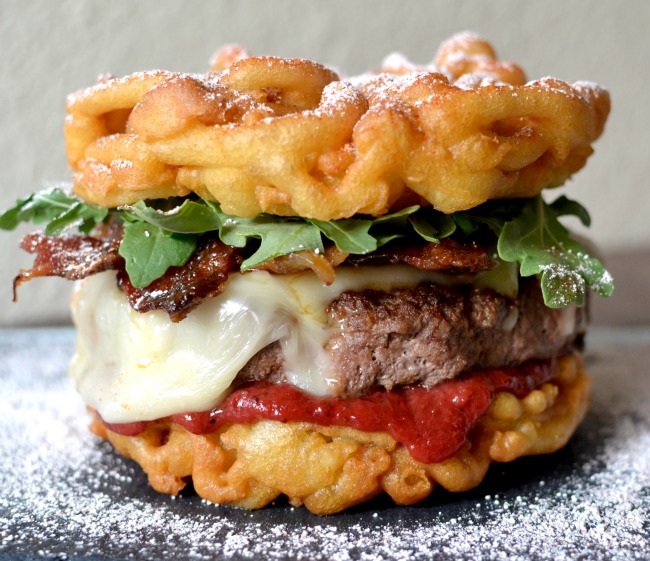 Every time you see the reflection of the fully clothed cameraman in an ill-placed mirror, every time you’re reminded of his movement when he drops to one knee to capture the ever-crucial ball ‘n’ butthole angle, every finger that slips onto the lens you come face-to-face with the process.

For a split second you’re staring at your own shame. You’re no longer looking at a carefully captured product of passion but at a crudely rendered sexual farce with a $90 production budget.

Then he’s out, the finger comes off the lens, and you’re transported back to a world that only exists on a paranoid screen in a dimly-lit Taco Bell bathroom. For the thousandth time you’re immersed in that dulcet, morphine-drip of gyrating flesh and bone; the world of Nikki’s and Ashleigh’s and Angel’s; the only world where Sexxx is not only a viable surname but the most common one. It turns into this self-contained, moralistic, unwinnable dialogue; a war of attrition forever ending in stalemate.

A three-minute thrill-ride of shame, hedonism, grotesqueness, beauty, self-loathing, and self-gratification. And that — THAT — is what I want #foodporn to embody. 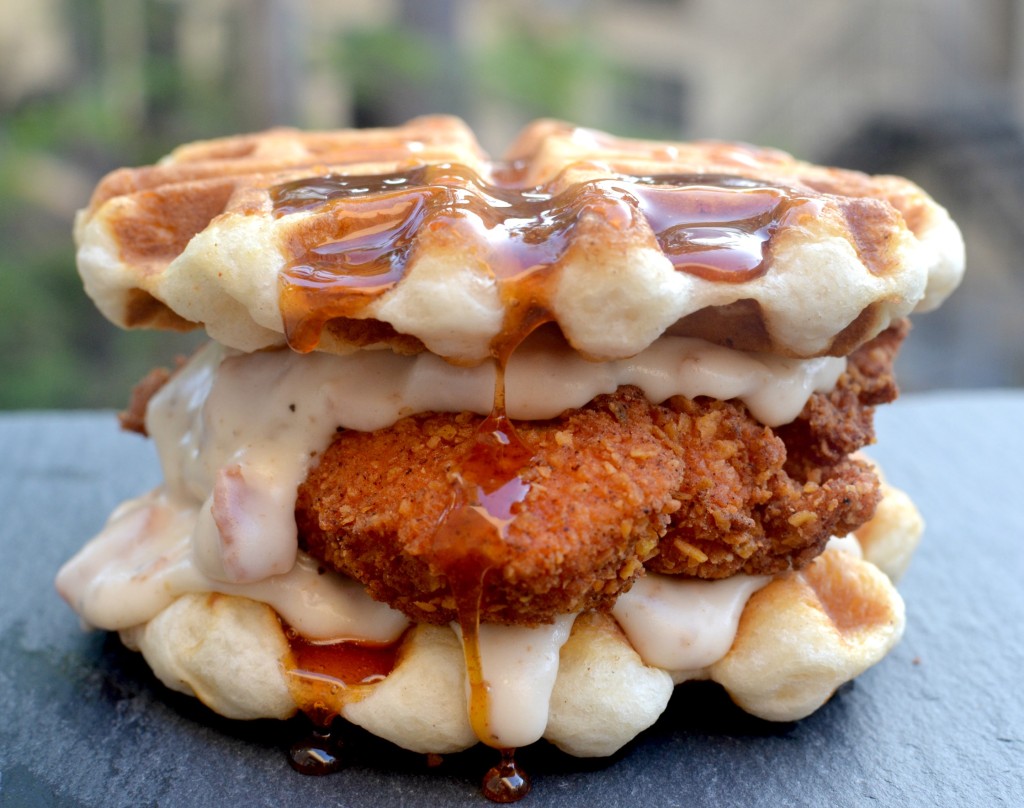 I want male gaze, anonymity of process, and brief glimpses of beauty followed by a lifetime of self-hatred and abhorrence.

Look at the fluids dripping, oozing into one another, creating this depraved mixture of syrup and gravy and hot sauce and Doritos. I want pictures of food to take me on an emotional journey and make me question my own moral boundaries.

I don’t want to see the utensils you used, or the bountiful, verdant herbs that didn’t make it onto the plate but were just so damn beautiful that you had to get them in the shot. No.

If you a label a picture with #foodporn, and you don’t wallow in self-loathing for at least three hours afterwards, you did it wrong my man.

Ah shoot, sorry. I got all worked up again. Here’s a recipe for that funnel cake burger though. 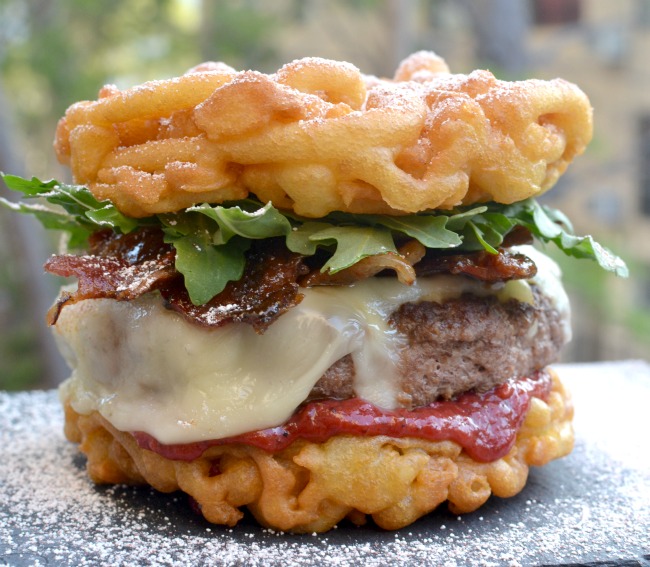 1) In a large mixing bowl, combine the milk, eggs, and melted butter then whisk until smooth. In a separate (but equal) mixing bowl combine the flour, smoked paprika, black pepper, salt, and baking soda and whisk until evenly disseminated. Slowly whisk the dry ingredients into the wet ingredients until you have smooth, sludge-like mixture. This is called batter. Tastes good when you fry it.

2) Pour the batter into a $.99 squeeze bottle from your local grocery store — or a pastry bag for the homies with a job — and make the opening roughly 1/4 in in diameter.

3) The key in making these funnel cakes into functional buns is the size of your pot; it’s going to frame the borders of the funnel cake, so you need something reasonably small. Or not, who cares. I used a 1 qt sauce pan, filled it halfway up with oil, and got it up to 375 degrees. You just do you homie.

5) Flip after a minute or two — you’ll know when it’s time — and cook on the other side for about 30 seconds. Remove from oil, drain on a paper towel, and dust your fried batter lattice with smoked parika. 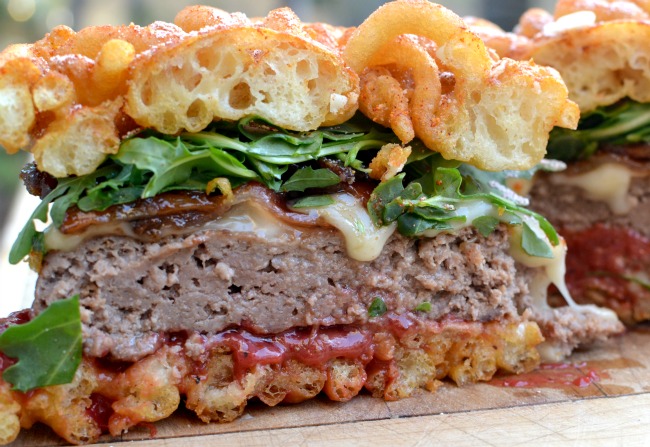 1) Trim about 3 inches off the top of your rhubarb and finely mince the usable stalk. Mince your strawberries too. Seems like a good idea.

2) Heat 1 Tbsp of vegetable oil in a medium sauce pan on medium heat, and when the oil freely moves around the pan, drop your rhubarb in and sautee for a quick minute — just until it starts to become translucent.

3) Deglaze the rhubarb with your cider vinegar and add the rest of your ingredients: strawberries, tomato paste, ginger, sugar, spices, all of it. Fire the menu dawg.

4) Turn the heat down to low and allow the mixture to simmer, stirring occasionally, until the it’s reached the consistency you’re looking for. You can take a hand blender to the whole thing if you want, but the strawberries and rhubarb are going to break down so much with stirring that you won’t need to. Add water and salt and shit, and then you’re good to go maney.

2) Lay your bacon strips on a cookie sheet and throw ‘em on in. After 10 minutes, drain some of the bacon grease and flip the strips. Add a hefty layer of brown sugar on top and throw them back in for 15 minutes, or until delightfully candied.

3) Heat a heavy bottomed skillet on medium high with 1 tsp of vegetable oil, just enough to coat the pan. Form your ground beef into appropriately sized (big enough for the funnel cake buns) patties and liberally season with salt and pepper.